Apple will be betting heavily on the iPhone 13 camera features

This is something we’ve heard before: Apple will add Portrait Mode to videos. It will use software to create shallower depth of focus and a wider aperture. This has been attempted by other brands like LG and OnePlus before, but the results were not great.

Fake bokeh is more difficult than for still pictures. The subject is always moving so the de-focus effect must correctly identify the objects between the lens and subject. Also, the background should be blurred gradually. Apple will be able to achieve a better result. Although we don’t yet know the answer, Apple releases products only when it is certain it will work well.

We will be getting a new ProRes video mode to give our videos a more cinematic look. It is still unclear. Apple’s ProRes support up to 8K video resolution. However, the iPhone 13’s camera lenses still have 12 MP sensors. This shouldn’t allow them to reach 8K. ProRes is said to offer higher quality for those who want to create professional-looking clips and allow them to be edited in Final Cut. ProRes is a compromise: it retains more image data than raw video but doesn’t produce large files like raw.

This isn’t a new feature. We have filters in the iPhone Camera app since a while. It sounds interesting, though. Software filters can be used to mimic filters on DSLR lenses. They would alter color temperature and contrast.

ProRes video option and Portrait Mode sound more demanding than they seem, so it is possible that they will only be available to iPhone 13 series or higher. It will be interesting to see whether older iPhones get the new filters via an iOS upgrade later down the line. This sounds more like software.

It’s only right, considering how important the camera setup is to modern smartphone technology. We are no longer seeing new flagships for the smartphone market. Instead, we see gradual improvements in key areas that are essential to the experience. Camera performance and image quality are the most important, and we have come to expect them to improve every year.

Night mode is now available for ultra-wide-angle and telephoto cameras. It will automatically take long exposure photos with artificial intelligence. The iPhone 13 Pro Max and iPhone 13 Pro Max have sensor-shift optical imaging stabilization. This feature is similar to their predecessors. 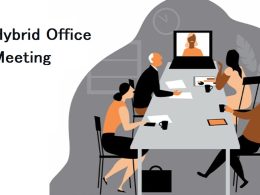 Are you still confused and searching for reasons hybrid office meetings are so in trend? What are the…
byTechywalls
No comments 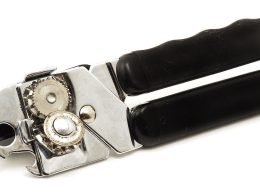 Can opener: All you need to know

Alienware Aurora 2019: All you need to know about the best gaming PC 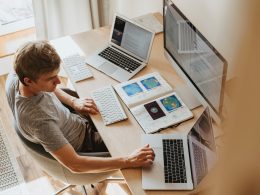 Web development is a beneficial skill to learn. It can help you pursue a successful career in which…
byTechywalls
No comments